TONE Scaffolding was contracted to erect access scaffolding to the whole exterior of the Debenhams store situated on the extremely busy road, Oxford Street in central London. The scaffolding provided access to contractors who refurbished the concrete exterior installing a “kinetic facade”, made up of 180,000 suspended aluminium shingles that ripple in the wind. Whilst refurbishments were taking place, TONE cladded the scaffold in high density that not only made it aesthetically pleasing, but made it safe for pedestrians passing by. 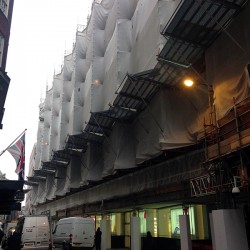 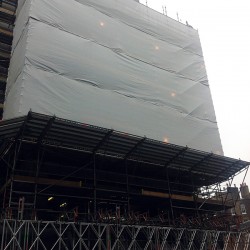 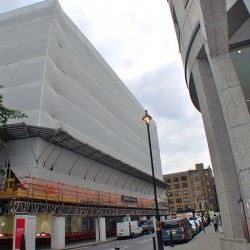 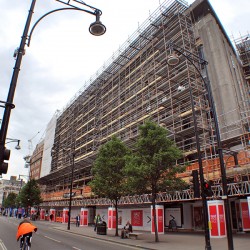 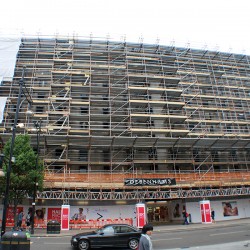 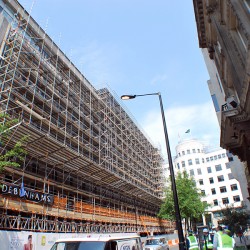 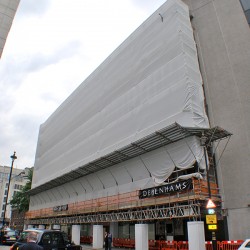